The series ‘Seduced’ demystifies the stories of survival and the stigma of shame that followed former members of NXIVM. The haunting question is always ‘how do these intelligent people become ‘seduced’ into a cult? For the recovering victim it is a deep and troubling time of shame and self doubt that follows you.
The process of un-indoctrinating myself was a deep maze of therapy, education, time and a myriad of discussions with people who have had similar experiences as being parts of cults and in coercive relationships.

It is difficult to come to terms with this level of manipulation. It was not easy extracting myself from NXIVM after 9 years. It took me exactly 6 months from the moment I Iearned that NXIVM was not the empowering group I had so readily fallen into, to the date I sadly and unwillingly severed myself from NXIVM. I felt betrayed and scammed, I struggled to come to terms with the personal violation I felt and the friends I left behind still deep within the group.

When NXIVM was crumbling around us it felt like the safest place to be to untangle the mess of media and trauma. We were scared and our own personal integrity was being questioned. There came a point when I realized by staying within the safety of the group of NXIVM women I was upholding a false ideology, one that was ultimately more harmful and dishonest then originally presented. It was only then that I could really begin my own journey of rediscovery of self and actually fully allow myself to understand what happened.

Let me try to explain some of this as best as I can:

With the right ‘ingredients’ in place it is more common then you think for individuals to accept claims on blind faith especially when it comes from media influence, or celebrity endorsements enticing the public with their combination of success and unchallenged ideas based on their status (Singer, M. T., & Lalich, J, 1996). It is also important to consider research on influence (Cialdini, 2007), gender dynamics within coercive control (Stark, 2007) and how conformity can interact with moral decision-making (Payel and Cummins, 2012) as this is just the beginning of understanding the frame works of how high demand groups like NXIVM can exist undetected for a long time.

I found myself in this situation when I was working on set with an intelligent, motivated and positive group of women. I was in a vulnerable position having just finished my film degree and was eagerly trying to break my way into the production side of the film industry. The opportunity to work with Allison Mack and one of her co stars on a small production felt like a good opportunity. It wasn’t until I realized they couldn’t pay me. Instead the offered me a weekend workshop that was called Jness. Most of the crew would be there too. I didn’t have a lot of female friends and the industry on my day to day basis was fairly male dominated.

This weekend workshop evolved to me signing up for a monthly payment so I could attend weekly ‘friendships’ of yoga, movie nights, financial talks with the added bonus of this mysterious curriculum. At first, it was great. It opened a door to more industry networking, I was feeling empowered, and having what felt like incredibly intellectual, emotional conversations with a group of women who were becoming friends. I was drawn in deeper. Finally Allison sold me on the idea that maybe the next step should be taking an executive success programs 5 day intensive.

Looking back on the situation, I was trying to overcome my own fears and feelings of imposter syndrome in my career. ESP offered to help me ‘overcome’ some of my limiting beliefs. I trusted the women around me and that was the beginning of the pressure to continue to ‘grow with them’ which if we consider current research on influence and persuasion, in my case the concept of scarcity, I was beginning to see what I stood to lose – my new friends – if I didn’t take a NXIVM course. There was also an air of a hierarchy of knowledge beginning as there was something exclusive about the content and curriculum and I thought I was observing great progress and change in them that I wanted for myself.

At this point it was 2010, and the ‘influence of persuasion’ was beginning to be strong. This is where I was making a purely emotional decision, and it didn’t matter what I had read about the Bronfman sisters, everyone within NXIVM around me was telling me the media was wrong. I was beginning to rely on the people as trusted, true sources of knowledge. That and the endorsements of the Dali Lama didn’t help. If anything it made me sign up even faster.

The flight from rational thought in our society has made an impact on how the human potential movement has shifted from scientific based thought to accepting mystical beliefs as based on rational thought grounded in science and NXIVM did just this. (Singer, M. T., & Lalich, J, 1996).

Many of the tactics used by NXIVM appeared helpful and based on scientific and psychological research. This enabled an agreed upon compliance from the NXIVM members to build self-structure in personal growth, such as checking in every day with a coach or team, or small penance tasks for not completing a goal. Evan Stark’s conception of coercive control was developed out of research that showed abuse was multifaceted and ongoing. Findings suggest that vulnerability to sexual and physical abuse is typically an after effect of a current and ongoing pattern of domination that has long been established limiting or disabling the woman’s capacity to resist or escape. When seen as an ongoing pattern, these micro regulations were used as a grooming tool to create control through dependency and shame. When understood as a pattern of routine offenses the combination of tactics can be seen as domination over another. These tactics were then used to coerce women into revealing secrets by giving collateral that the leader exploited from victims through gaslighting techniques and exploiting fears. The leader and his curriculum was seen as ‘all knowing,’ it was easy for me and the other members to fall into a false sense of security.

When an individual is making a decision affected by conformity due to group pressures, it can be explained through a cascade effect: the group consensus has more sway and snowballs as a weightier decision than the individuals own understanding. Therefore, from a rational standpoint the individual will conform. This decision-making process – even if it is not morally ‘right’ it becomes a rational decision (Kundu, P., & Cummins, D. D., 2013)

You may have asked yourself how women went from wanting to empower themselves in their businesses to being branded into a secret society. People have asked me, didn’t you see the signs? Didn’t you know Keith was a creep? Why didn’t you leave as soon as you had a bad feeling? It was these questions that I was asking myself and was truly trying to understand how all of us got to the place we found ourselves in. The road to untangling this for myself has led me to find that this ‘cult’ we found ourselves in is actually a common tactic of abuse and coercion found in so many other forms of groups and abuse relationships. I went on to educate myself compelled to understand what happened to me by completing an MSc. in the Psychology of Coercive control.

I hope that this helps even a little in demystifying how someone can find themselves in a group such as NXIVM.

Ashley is a former member of NXIVM & a recent graduate of the MSc Psychology of Coercive Control program in the UK. When Ashley left NXIVM, she felt she had no one to turn to for support, & was embarrassed & ashamed. When she did seek help, the therapists she found didn’t believe her story. 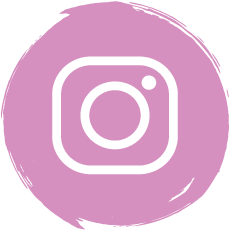 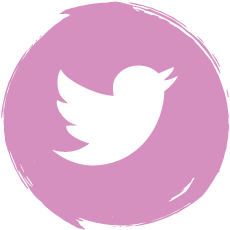