All over the world, when the docuseries SEDUCED: Inside the NXIVM Cult, airs, Twitter becomes a sea of people who would “NEVER join a cult” and would “NEVER fall for any type of coercive control.”

I can always tell when an episode is airing. I follow the hashtags for the show, and those nights bring a new influx of “I can’t believe they fell for any of that” or “There’s no way in hell I would ever wear a sash.” The same people who stand on the edge of the Grand Canyon and feel that nothing could be powerful enough to have carved such a wonder. Yet, we know that the Canyon was carved out over 5 to 6 million years by the Colorado River. It didn’t happen overnight. As it may be, coercive leaders do not tend to carve personality out of their victims overnight either. Instead, a long relationship is established whereby trust is the key to the gates of the canyon of our psyche.

My own Great Carving, so to speak, is a story waiting to be told: The whole story of my involvement with NXIVM. There was a time when I was so ashamed I vowed to myself that I would never speak of my experiences. I had incredibly low self-esteem as a result of participating in NXIVM. That, combined with adverse childhood experiences, convinced me that my story was not important. It was not worth hearing, and no one would benefit from it anyway. My partner disagreed and pressed for me to one day write a book. The thought terrified me. I was terrified of being out in the open, vulnerable to judgement and ridicule. I was able to work with a  cult deprogrammer, Roseanne Henry, who helped me see how interwoven the trauma from the organization became in my life. Nearly every aspect of my day-to-day existence had been affected by the teachings of Keith Raniere and company. Even my own base ethics and philosophical beliefs were muddled. I knew it would take a while to unpack them–or, so I believed.

One day, Naomi called me to tell me about a project she was working on. Naomi and I had taken our first five day intensive together in Pacific Palisades in 2007. She invited me to be part of a  documentary, focusing on trauma recovery from coercive control groups during the #metoo movement. It was the #metoo movement that really got me interested. At least I could hide in the every flowing sea of hashtags when I told my story. I met with Cecilia, Inbal and Naomi in a hole-in-the-wall Thai restaurant I had picked, and let my story unfold for the first time to perfect strangers. It was terrifying. I felt like an imposter. I felt unworthy to share this story because I was not branded. I didn’t even like Keith or respect him all when I was there. And then the strangest thing happened.

Cecilia and Inbal nodded toward one another and turned to me. “We want you to be part of this if you would like.” Finally, someone wanted to hear my story.

We spent days together, cameras everywhere, microphones everywhere, and our vulnerabilities on display. The crew shared their own experiences with me, which evened the playing field of the power imbalance aspect. As I sat, surrounded by eyes and cameras, sometimes I felt myself retreat into my mind after a particularly hard part of my story was told. But I pressed on. I remembered why I had chosen to do this. To give voice to people who didn’t have one, as I felt was true for me before. To relieve pressure and pain when someone heard my story so that they could say “me too, I’m not alone.” I connected with the crew of Seduced in a way that I never could connect with any other person in NXIVM or JNESS, the ‘international women’s group.’ They were there to listen to me, care for me, cry with me, and to help me learn to love myself again for all I have endured. They provided a top therapist with a speciality in cult recovery, so that I could have as much mental health support as possible. She was always on call during filming and available as a regular therapist as well. I know that I’m blessed to have this, so I decided to make it a goal to help other cult exiters to get the support they need as well.

This filming process was a pathway to healing and a motivation to learn self acceptance and love. Through the explorations of what happened to me, and how I got there, along with the safe and empathic environment that was created to support the sensitive topics being discussed, I began to feel differently about myself. I was starting to see myself as a person worthy of being heard. By exploring the various aspects of how NXIVM reframed my sense of self to be a sense of NXIVM, I was finally out of the shadows and open to seeing the truly beautiful person I always was, even in the wake of master manipulation and trauma.

The filming aspect was a whole journey in and of itself. I was “on set” at least four different times, filming so many complex layers about what recovery looks like, for me and for the other women in the series. Ultimately, many of these  scenes were not in the documentary, as the overall storyline changed after India joined  the project, but I will hold on to them forever. We filmed a tense conversation with someone whom I had enrolled. We filmed a group meeting with the renowned sociologist Janja Lalich, who has become a trusted person in my life.

There was a long walk to the beach, hair flying all around in the brisk wind, with the camera panning around me as the sun set, while I embodied the beauty deep inside me that was hampered by mind control. I had tea with India, recalling our similar traumas with Allison, and bonding over  our shared experiences, both trying to figure out  how to move forward, when we were so frequently triggered by what we had been through.  My experiences of speaking in Arizona could have been an entire episode in and of itself, as I was battling an illness not too terribly unlike COVID at the time, tired, weak, and  sick, but determined to share my story with those law students; hoping for a change in someone… in anyone. There were calls for audio bites to further explain my experiences or practices by NXIVM, and I cannot ever forget the team meetings we’d have, just checking in with each other and supporting each other. Through this sense of camaraderie and delicate workmanship, the documentary was finally released. The collective experience was unique and beautiful, all because I chose to stop betraying my own sense of self with silence and embraced myself stronger than ever before.

From that, and from the support from my partner, I reached for my goals and finally felt a sense of purpose in life. Now, I’m nearly graduated as a Marriage and Family Therapist, determined to be a beacon for others just as this project was a beacon to me.

Speaking of beacon, if you need someone to talk to, reach out to us on this website and we will help you in the way we can.

Tabby is a Marriage and Family Therapist trainee and a Professional Clinical Counselor trainee, through Life Source Affordable Counseling Services. 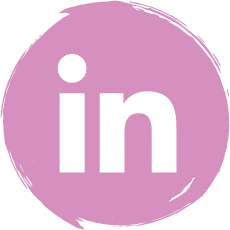 3 replies on “Overcoming the Silence: How Speaking Out Made Me A Better Person”

Tabby, what you wrote is so powerful. I’m so glad to have met you, and burst with excitement over your progress. Bravo, strong woman!

Ditto, Janja! Thank you for reading and for being there.

I love you very much Tabbycat